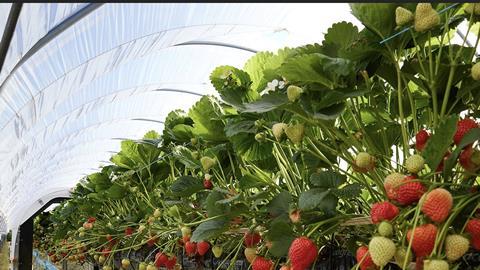 Since 2014, the company has been developing its autonomous agricultural robot, Thorvald, which enables smarter farming by performing several integrated pest management operations simultaneously.

The robot has been at the centre of the Robot Highways Project at Clock House Farm, delivering some encouraging results since the project was unveiled in 2020.

Norwegian industrial investment company Aker has invested £4.3 million in Saga in return for a 13.5% share in the company.

Aker joins existing shareholders Nysnø Climate Investment, the Rabo Food & Agri Innovation Fund, and Hatteland, who invested a further total of £3.4 million, and together now own 31.2% of Saga Robotics. Other stakeholders include London’s Cibus Enterprise Fund.

“As a partner, they will contribute huge expertise to Saga Robotics and, together, we will further develop the company and contribute to sustainable, modernised and efficient agriculture.”

Saga Robotics currently has more than 50 Thorvald robots in operation across five countries, including the UK, US, Italy and Norway.

In Britain, the robot is being deployed on more than 30 hectares of polytunnel strawberry production at Clock House Farm in Kent. In addition, Thorvald has attracted strong interest from a number of other British strawberry producers, and Saga said the new funding will help facilitate expansion.

Outside the UK a slightly taller version of the robot is also being used in viticulture.

“Saga Robotics has developed technology and solutions that will modernise and decarbonise agriculture, with the aim of contributing to zero emissions by 2050,” said Martin Bech Holte, director at Aker ASA, which will lead the venture section of Aker’s new asset management platform, recently launched as ’Industry Capital Partners’.