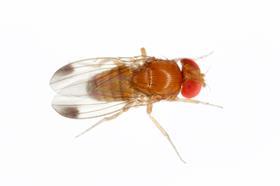 Reading-based agritech start-up BigSis conducted the trial using an updated version of the sterile insect technique (SIT) in partnership with BerryGardens, the UK’s largest supplier of berries and cherries, and the world-renowned research institute NIAB EMR.

SIT has long been recognised as 'the perfect solution' for insect pest control, BigSis founder Glen Slade said, but in the 60 years since it was conceived, it’s always been too expensive to deploy beyond a limited number of special-use cases.

However, BigSis turned to artificial intelligence and robotics to automate SIT, he revealed: a breakthrough that slashed the cost of SIT solutions by as much as 90 per cent.

SIT’s basic premise is simple, he explained: sterilise and release male insects into the crop, where they mate with wild females to prevent the rapid increase in pest populations that leads to crop damage.

“We’re finally bringing SIT to growers as an affordable, farm-scale solution for insect pest control in agricultural crops,” he said.

Conducted in Kent, the field trial focused on the control of SWD, a global invasive pest of softfruit, first detected in the UK in 2012, that can cause thousands of pounds worth of damage.

Growers spend up to £11,000 per hectare using currently approved chemical treatments and labour-intensive hygiene measures in a bid to control the pest, BigSis said.

BigSis released sterile male SWD in and around a corp of everbearing strawberries between April and the end of harvest. Using sticky traps with lures, numbers of wild female SWD were monitored at the treated site and two control sites.

During the trial, numbers of female SWD in the treated plot barely rose above one trap per week, compared to a peak of nearly ten insects per trap per week in untreated controls, BigSis said. 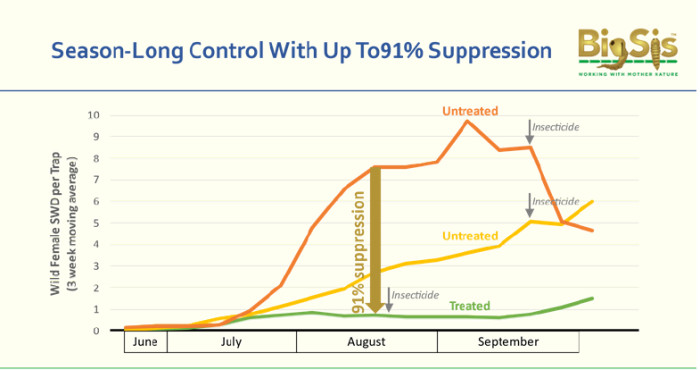 “We are thrilled that this world-first trial of SIT to control SWD has given such a convincing demonstration of season-long control, with a suppression result of up to 91 per cent,” said Slade.

“It also gives us and our two partners a solid foundation to move into 2022 with our larger field trial programme, which is being supported by a £500,000 grant from Innovate UK. This will bring cherries and raspberries into the mix.”

Slade added that BigSis expects to become a billion-pound crop protection company. “We are ideally placed to address the ‘perfect storme’ facing agriculture – regulatory pressure on agrochemicals, consumer demand for ‘greener’ food, increased pest pressure as the climate warms, and the increasing problems of insects’ resistance to chemical controls,” he said.

“SWD is our first market-ready solution before we move on to commercialising of our next SIT solution for codling moth, with others to follow.”