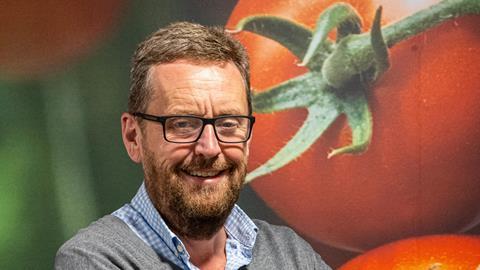 Britain is driving the production of fruit and vegetables abroad, and government policy on migration and employment is a large part of the problem.

This was the stark warning from Tim O’Malley, group managing director of Nationwide Produce, speaking to FPJ at Fruit Attraction in Madrid.

A combination of labour shortages, sky-high production costs, volatile weather, and unfavourable government policies are driving some UK growers to plant less, switch to safer crops like cereals, or pull out of the fresh produce sector altogether, he said.

“We are on the road to importing more, and a lot of it is to do with government policy,” said O’Malley. “There are so many headwinds in the industry now, particularly labour.”

The Nationwide boss, who said his non-retail supply business probably speaks to more UK growers on a daily basis than any other company, emphasised the scale of the challenge facing British producers at the moment.

O’Malley said growers’ energy and fertiliser costs have sky-rocketed, and in the potato sector, he claimed to know of at least 2,000 acres of land that will not be planted this year because it won’t pay enough.

“Until last season, I hadn’t heard of crop being skipped, but now it’s become a regular occurrence. As a grower, you plant it, you water it, you feed it, you nurture it, you bring it to fruition, it’s there and it’s perfect, and then you leave it to rot simply because you don’t have the labour to harvest it. It’s soul-destroying for growers.”

When it comes to labour, O’Malley points the finger at government for exacerbating shortages and driving up costs.

“We’ve got a government whose stated policy is that it wants to cut down on immigration and it wants a high-earning, high-skilled workforce. That is totally anti-agriculture.”

“We’re now an 80% service economy and agriculture only accounts for about 0.6% of GDP. This means we’re insignificant to government.”

Investment in robotics and automation will help lessen the impact on farmers, but automated harvesting is still a way off, O’Malley believes.

“There’s more and more robotics in the packhouse, but the one thing we really need to solve is harvesting in the field. That’s where we really need robotics as that’s where we struggle for labour the most. The manufacturers are making headway but with all the challenges around weather and terrain, it’s a tough nut to crack.”

Overseas producers are by no means immune to these difficulties of course, and O’Malley said he expects to see Dutch greenhouse growers reducing their plantings this season due to high energy costs and a lack of government support.

Spanish and Moroccan growers, by contrast, could be handed a competitive advantage since they don’t need to heat their greenhouses thanks to their warmer climate.

Closer to home, O’Malley warned that suppliers and consumers should not underestimate the continued impact of this summer’s drought, which hit the east of England, from Yorkshire down to East Anglia, the hardest.

As a result, onions, carrots, and potatoes are all likely to be in short supply, and spot market prices for root crops and brassicas are already well up on what they would be in a normal year.

“Yield has been hit hard by the drought and the other issue is size – the crop is a lot smaller than normal,” said O’Malley. ”Products like baking potatoes are already in short supply and will be for the whole season.”

“It’s going to be an interesting season,” he concluded, but the silver lining for some suppliers is that higher prices will push up turnover. Nationwide is on course for a turnover of around £160m in the current financial year – a year-on-year increase of around £15m.