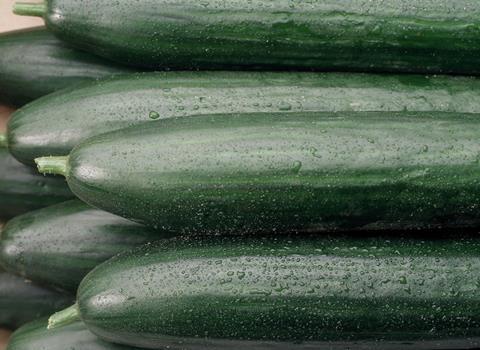 Lea Valley is known as the UK’s ‘cucumber capital’

One-third of Britain’s greenhouse salad hub, the Lea Valley, is to be knocked down for housing and the remainder could be gone within two years as growers give up in despair, reports the Guardian.

According to the Guardian, more than a third of these growers have applied for planning permission to knock down 60 hectares of greenhouses to replace them with housing estates, warehouses and small factories. Their applications have been granted.

Hit by Brexit, labour shortages, and now rising energy prices, growers are reaching breaking point, with many now cashing in their land in despair.

“Without government assistance for British food producers, the largest hub in the UK’s glasshouse sector could face extinction within the next two years,” Lee Stiles, the LVGA secretary, told the Guardian, “to be concreted over by houses and industry.

“The association has 80 growers and 450 acres of glasshouses,” he said. “Twenty growers have permission for housing, representing 100 acres, and another 10 have permission to develop their 50 acres for light industrial uses.”

The Lea Valley needs 2,200 workers a year, and the companies were hit hard by Brexit. The seasonal workers scheme set up by Defra, which was meant to ease the problems, requires workers to return home after six months.

“This means that, in a season which runs for 10 or 11 months, growers have to recruit twice the amount, and train workers twice, to do the same job,” Stiles said. “Our growers experienced a 40 per cent shortfall in workers this year. The government’s six-month rule results in many growers finishing with a completely different workforce than they started with, with some unable to complete the season due to a lack of workers.”

“Forty of them, representing 200 acres, haven’t planted this year,” said Stiles. “And another 10, who had 60 acres, have ceased trading.”

Among them were four growers who previously cultivated one in every 20 lettuces eaten by British households. They have stopped growing them completely in the past two years, while others who grew 100m sweet peppers have this season been forced to cut their crop in half, Stiles said.

“All of the lettuce growers are in the process of selling their nurseries,” Stiles said. “It is pointless planting a crop if you are not confident of securing the labour to pick it as you will simply have it throw it all away.”

They have also been harder hit than most industries by the huge rise in gas prices, because they have to heat greenhouses. “The largest input costs for growers used to be labour followed by energy,” Stiles said. “Now it is energy followed by labour. Half of growers did not plant when vital supplies of gas for greenhouses soared from 30p a therm in January and has now hit £4 a therm.

“In the 14 years I have been in this job, this is the worst I have ever seen. Ninety per cent of our members are family businesses, traditionally employing 2,500 people. We have only one large corporate.”

The result of the government scheme, he said, was fewer British growers, lost jobs, more imported food, more food miles, an increased carbon footprint and greater climate damage. “Horticultural growers in the EU receive state aid. We, of course, don’t receive any EU money at all,” he said. “The UK has been losing large slices of its salads and vegetables market to producers in Spain and Morocco who don’t have to use gas to heat greenhouses, and who are just four days by road from here.”

Growers received notification from George Eustice, former secretary of state at Defra, in late July that they must pay immigrant workers a minimum of £10.10 an hour. “George Eustice had denied that the minimum wage would rise to £10.10 at the National Farmers’ Union conference in February,” Stiles said, “and then U-turned just weeks later.

“That is higher than the national minimum wage, which the government is now enforcing under its seasonal workers scheme. But our growers also have to provide accommodation for them.”

A spokesperson for Defra told the Guardian: “We are aware of the challenges facing farmers from increased input costs, particularly energy, as well as their concerns regarding seasonal workers’ pay. That’s why we have brought forward 50 per cent of the BPS payment to help farmers right now, on top of fuel duty and VAT cuts, and freezing the business rates multiplier to reduce bills.

“We have already boosted the number of visas available through the seasonal workers route to 40,000 and amended the pay requirements earlier this year, removing the minimum annual salary requirement to give more certainty over costs and ensure farmers can access the workforce they need. We continue to keep these measures under review.”