Long-serving senior figure has his employment terminated, along with CAO Joseph Johnson 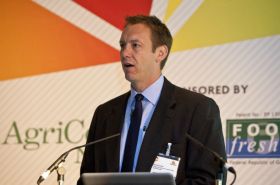 A Securities and Exchange Commission filing from Chiquita Brands International has confirmed the exits of senior officers Brian Kocher and Joseph Johnson.

The group, which was purchased by Brazilian fruit juice supplier Cutrale Group and Brazilian banking and investment conglomerate Safra at the start of the year, has been overhauling its senior executives and board of directors since the takeover.

Now, it has revealed that, effective 31 March, the employment of interim president and CEO Brian Kocher has been 'terminated pursuant to a resignation for good reason under his change in control severance agreement'.

Meanwhile, Chiquita confirmed that Joseph Johnson, the company's vice-president and chief accounting officer, will resign his employment with the group from 17 April this year.