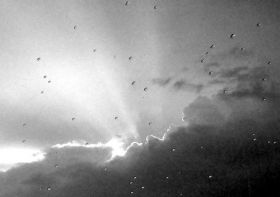 Weather phenomena, trade headwinds and currency fluctuations could all disrupt the global food price environment during 2018.

That is the verdict of agribusiness financial institution and market analyst Rabobank, which has released its annual Outlook report, under the title 'Good Buy, Low Prices'.

The report, which analyses prospects for 13 agricultural commodities, found there is currently as much as a 75 per cent chance of La Niña conditions strengthening and lasting the Northern Hemisphere winter, with the phenomenon potentially bringing extreme heat and dryness to areas of the Americas and flooding to parts of Asia.

Rabobank said that while global stocks were historically well-supplied, balance sheets were tightening, exacerbating the potential impact of shocks.

Alongside weather, other factors pose a risk to the stability of global food prices, according to Rabobank.

Trade is set to continue to play a key role in price volatility. Global freight costs – in the form of the Baltic Dry Index – and oil prices are both rising and there remains uncertainty over US policy towards NAFTA and the UK’s future trading relationship with the EU and other nations.

In currencies, the prospect of further interest rate increases in the US raises the chances of the dollar appreciating, making American exports of key commodities less competitive.

Stefan Vogel, head of agri commodity markets at Rabobank and report co-author, said: “Historically speaking, the global stocks of grains and oilseeds are high, which is currently keeping the pricing environment relatively benign. But there are clouds of uncertainty on the horizon and supplies are not enough to sustain prices should a major event like La Niña disrupt major agricultural areas, such as the US and South America.

“This has the potential to cause a supply shock that would ripple through to food prices, while the rising cost of global trade and potential currency fluctuations also create upside risks. Our view is these outweigh the downside risks in 2018.

“Producers must therefore guard against complacency after years of relative stability and plan ahead to manage these risks proactively and appropriately.”

The annual Outlook report, now in its eighth year, is produced by Rabobank’s specialist team of agricultural commodity markets researchers based around the world.