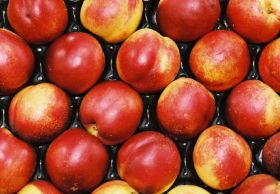 Chile's nectarine and plum exports are expected to have another solid campaign thanks in part to the development of new varieties, although some concerns remain about problems surrounding peach exports.

Although plum exports dropped to 11.7m cases from the 13.8m cases exported the season before, volumes are expected to remain stable this campaign.

Greater concern surrounds peach exports, which "fared very poorly", according to Manuel Jose Alcaino, executive director at Decofrut, a Santiago-based fresh fruit analysis and service provider. "Our peaches are doing badly because the varieties we grow really don't get to the market in an optimal fashion – they aren't ripe enough and they aren't enjoyable enough," he explained.

Isabel Quiroz, executive director at fresh fruit consulting firm Iqonsulting, told Fruitnet that the sector expects to see a further drop in peach exports this season. "Mostly likely there will be a 5 or 10 percent drop in peach volumes, but this may help keep prices a bit higher at the peak of the season than they were last season," she said.

However, Chilean nectarine and plums are expected to have a relatively stable and successful season, according to Mr Alcaino. "Last season was very good for both (products), and this season should be, too, if the weather cooperates," he added.

"Chile's nectarine deal is in a bit better shape than its peach deal," said Ms Quiroz. "There are a lot of new nectarine varieties being planted, especially white fleshed varieties like Arctic Snow."