The group is moving to a new facility, and is looking to increase long-term import volumes of melons and mangoes 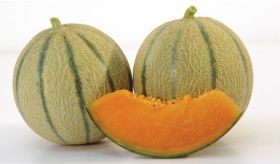 US-based fresh produce importer Central American Produce has revealed that it is set to move to a new facility in Miami, Florida, as well as moving to increase shipments of melons and mangoes from growers.

The new location, boasting an area of 70,000m2 compared with the current facility's 40,000m2, is situated on the grounds of American Consolidations and Logistics, an operation owned by American Fruit & Produce Corp's Marshall Glantz.

"The world keeps turning in today's environment," Michael Warren, president of Central American Produce, told The Packer. "We're trying to embrace it and take advantage of it. We're making some changes in the way we have run our business in the last few years."

The group is also planning to increase shipments of honeydew and cantaloupe melons from Guatemalan farms this season, Mr Warren added, and is in the process of developing high altitude growing areas in the country. However, melon shipments are forecast to fall to 4m cartons this season, down from 5.5m cartons, as a result of high logistic costs.

Meanwhile, Mr Warren said that Central American Produce had seen a sharp rise in mango imports during the past 12 months, up 30 per cent, with 8.5m cartons to be shipped this season.

"We see the mango as growing in popularity," he said. "With the mango promotion board's work, we are expecting more people to eat mangoes. It's a deal we like - it's not an easy deal, but that's why we like it."