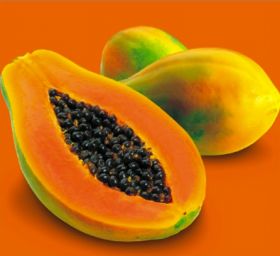 US consumers are being warned not to eat fresh papayas imported from Mexico following an outbreak of salmonella.

On 28 June, the Centers of Disease Control and Prevention (CDC) issued an advisory to consumers in Connecticut, Massachusetts, New Jersey, New York, Pennsylvania and Rhode Island urging them to throw the papayas away, and to refrain from eating fruit salads or other mixes that contain papayas from Mexico.

It also advised importers, suppliers and distributors, as well as restaurants, retailers and other food service providers from all states to half sales of whole, fresh papayas from Mexico.

Of the 35 people affected, 66 per cent have been hospitalised, but no deaths have been reported. The first reported illness was on 14 January, with most cases occurring since April.

The advisory prompted one of the leading suppliers to the US market, HLB Specialties, to issue a statement to customers stressing that its fruit had not been implicated in any way with the outbreak.

“HLB Specialties’ Mexican papayas are grown organically and exclusively by our partner-grower in the state of Michoacán. They adhere to strict organic protocols and we have never had any type of recall due to bacteria or disease-causing agents,” the company said.

“Food Safety is a very important part of HLB Specialties. The company follows all food safety guidelines put in place by FDA as well as third party certifying agencies that continuously monitor our growers' work.

“We caution retailers and wholesalers to make a distinction between the different countries of origin. For now the alert refers to Mexican papayas, and we await the development of the investigation and will keep our customers informed about any developments as they narrow it down to a specific grower and label.”