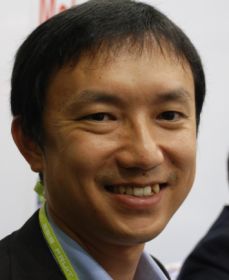 Major US fresh produce export broker International Produce Group (IPG) has established a new Tokyo-based office to handle its imports into Japan and facilitate its marketing into other Asian countries.

The company, which is headquartered in Salinas, California, has appointed ex-Capespan Japan executives Brian Kawano and Toshi Teshima to run the new operation, which opened its doors on 1 April.

IPG exports citrus, table grapes, vegetables and a range of other fresh produce lines, with a particular focus on Japan and other Asian markets.

Brian Kawano, who served most recently as senior manager of the tropical fruit and vegetable division for importer Capespan Japan, set up the office for IPG as the company’s newly appointed Japan representative on 1 April. He was joined by former colleague Toshi Teshima, who took on the position of senior manager of procurement, last week (16 April).

“We will be importing and marketing fresh fruit and vegetables into Japan as well as contributing to our IPG head office by facilitating their marketing into Asian countries,” said Teshima.