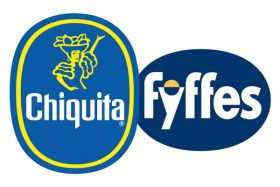 Chiquita and Fyffes have today (29 April) released a statement outlining certain revisions to their proposed merger, which will ultimately ensure a speedy combination transaction and help the completion of the process by the end of 2014.

The groups said that after an examination of additional data, including that made available by third parties, they had concluded that the merger satisfies the mandatory notification thresholds under the EC Merger Regulation – essentially amending conditions to reflect that the European Commission will have mandatory jurisdiction to examine the combination.

Originally, the conditions laid out by the companies said the combination would not meet the mandatory thresholds under the EC Merger Regulation.

"This is very good news for the deal," Brian Bell of Wilson Hartnell PR, acting on behalf of Fyffes, told Eurofruit.

"It means that Chiquita and Fyffes have more closely studied their various markets and businesses and decided that they do satisfy the requirements for a single EU antitrust filing after all," he explained. "This makes the whole process far quicker."

In addition, the Irish Takeover Panel has decided to grant a derogation of the Irish Takeover Rules to the proposed combination, another move that Bell said meant the deal had little chance of lapsing or effectively going on the clock, and ensured it remained well on course for completion this year.