A study focusing on the impact of climate change on leafy greens, vegetables and legumes has highlighted the severe threat posed to yields if no action is taken 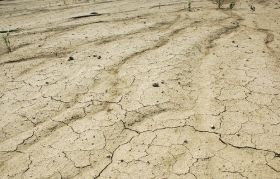 Researchers from the London School of Hygiene and Tropical Medicine have released a study, funded by Wellcome Trust, showing the future impact of climate change on the production and nutritional quality of vegetables and legumes.

Published in the journal, Proceedings of the National Academy of Sciences, the study, which reviewed all the evidence published since 1975, is the first to attempt to fill the gap in research on climate change and agriculture.

It revealed that leafy greens, vegetables including tomatoes, and legumes had been largely omitted from climate change and agriculture studies, with the majority focusing on how rises in global temperatures and water scarcity will affect yields of staples like rice and wheat.

The study showed that, with no action to mitigate climate change and reduce emissions, vegetable crop yields could be reduced by 35 per cent, and legume yields by 9 per cent, by 2050.

“Our study shows that environmental changes such as increased temperature and water scarcity may pose a real threat to global agricultural production, with likely further impacts on food security and population health,” said the study’s lead author, Pauline Scheelbeek.

The authors stressed the importance of combining agricultural innovations, including new crop varieties and increasing mechanisation, with actions to reduce emissions and mitigate the effects of climate change.

“Our analysis suggests that if we take a ‘business as usual’ approach, environmental changes will substantially reduce the global availability of these important foods,” said Alan Dangour, the study’s senior author. “Urgent action needs to be taken, including working to support the agriculture sector to increase its resilience to environmental changes and this must be a priority for governments across the world.”