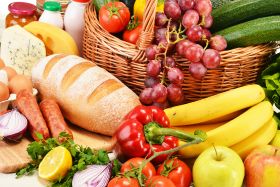 Xingsheng Selected, a fresh produce chain that operates a number of small community stores across 13 provinces in China, is set to raise approximately US$800m in new funding, as consumer demand for fresh produce and specialty retail continues to grow as a result of the coronavirus (Covid-19) pandemic.

According to a report published by Deal Street Asia, New York-based buyout giant KKR & Co is understood to be leading the round. Other investors including Sequoia Capital China and Huaxing Growth Capital, the flagship investment platform of China Renaissance, are expected to participate.

The company’s fundraising development comes as China’s online-to-offline (O2O) grocery businesses have grown during the Covid-19 outbreak, as consumer looks for contactless, convenient ways to shop.

In June, Tongcheng Life raised US$200m in a Series C round led by Nasdaq-listed Chinese social media platform Joyy Inc and existing shareholder Engage Capital. The company sought to enhance its supply chain capabilities and expand its presence in eastern and southern China.

Nice Tuan, a community e-commerce service also known as ‘Shihuituan’ also secured another US$81.4m in a Series C1 round led by GGV Capital this June – five months after the completion of an US$88.3m round. Alibaba, Beijing-based angel fund ZhenFund, Joy Capital, and Shanghai-based Qiming Venture Partners were among investors in the two rounds.

Changsha-based Xingsheng Selected is a community group-buying platform incubated by Rurong Xingsheng, a convenience store chain operator with a strong footprint in southern and central China. It is also backed by Tencent.

The new retail business allows consumers to purchase fresh produce and other daily supplies through a WeChat mini-programme, and then pick up the products from branded convenience chain stores in their neighbourhood.

The company says an average of more than 7m orders are placed on the platform every day.

In September 2018, Xingsheng Selected raised tens of millions of US dollars in a Series A round of financing led by Kathy Xu Xin, managing partner of Capital Today and an early backer of Chinese Internet firm NetEase and e-commerce major JD.com.