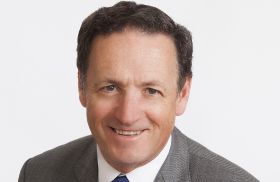 James Whiteside has resigned as chief executive of Ausveg.

He will remain in the role until 1 July, overseeing the delivery of the Hort Connections trade show and conference in Brisbane on 7-9 June.

Whiteside joined the peak body for Australian vegetables and potatoes in December 2016.

“Throughout his time at Ausveg, James has focused strongly on delivering value to the country’s vegetable and potato growers and has been a strong advocate for efficient and effective representation at national and state levels,” said Ausveg chair Bill Bulmer.

“James was instrumental in the establishment of the Horticulture Council, which has ensured that the vegetable and potato industries, and the broader horticulture industry, contribute a consolidated view on important national policy discussions that impact businesses throughout the supply chain.

“James has also overseen the continued development of the industry’s largest conference, Hort Connections, which has grown year on year since his appointment and remains the signature event in Australian horticulture.

“On behalf of the board I would like to thank James for his contribution and wish him well into the future.”

A search for Whiteside’s replacement is underway.