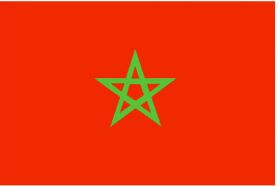 Human rights groups have voiced their concern following the European Parliament’s International Trade Commission's decision to ease restrictions on fruit and vegetable imports from Morocco, according to UK newspaper the Daily Telegraph.

The groups' anxiety reportedly stems from the fact that the King of Morocco stands to be the single biggest beneficiary of the deal, since he boasts some 12,000ha of the country's most fertile land.

A key issue for such groups appears to be the mislabelling of produce from farmland in the Dakhla region of the Western Sahara, the former Spanish colony that was annexed by Morocco in 1975.

"The King of Morocco has ownership of the tomato industry in occupied Western Sahara," said WSRW's Erik Hagen. "The EU makes a distinction when it comes to produce from occupied Palestinian territories, but fails to apply the same principles to its trade agreements with Morocco. It is highly unethical, as it undermines the UN peace efforts and gives an unfortunate sign of support to Morocco's illegal presence in Western Sahara."