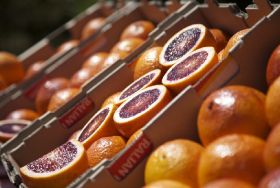 Citrus production in the Northern Hemisphere is expected to decline by around 4 per cent this season, resulting in total volumes of 28.7m tonnes for 2014/15, according to new figures published by Freshfel Europe and Shaffe.

The news will be welcomed by European marketers and exporters in Spain in particular, for whom an early start to the season and greater competition within the EU as a result of the Russian import ban have placed greater pressure on the market.

“Although Russia represented only 2 per cent of total Spanish citrus exports, the situation remains worrying,” Freshfel commented. “[There is an] unbalanced situation in other EU markets, [with] competition among types of citrus fruit.”

Representatives from the Greek citrus sector described the impact of Russia’s embargo on the citrus market as “weird”, adding: “Specifically, we do not know how Spanish citrus will move the sector and what pressure [it will place on] European markets. This creates a new commercial environment from what we knew in previous years, so we cannot draw firm conclusions about the evolution of this year's citrus [campaign].”

Spain’s grapefruit crop is set to be much higher this season, up 23 per cent to 72m tonnes, but across the Northern Hemisphere, grapefruit production is set to decrease by 6 per cent to 1.6m tonnes.

Overall orange and lemon production in the north is due to fall 5 per cent to 17.3m tonnes and 3.3m tonnes respectively, and soft citrus output is forecast down 1 per cent to 6.3m tonnes.

With the main EU producers expecting smaller orange and lemon crops, Israel and Turkey appear set to capitalise on the situation in Russia and should have a much easier run at the market, especially for their anticipated larger orange crops.

The only real unknown is Egypt, which despite being a key player in the Mediterranean citrus sector, remains highly unreliable when it comes to providing trade statistics and production forecasts.

In the US, meanwhile, production is forecast up 2 per cent, despite the on-going severe impact of citrus greening in Florida.

One final highlight to note is the fact that South Africa has shipped far more citrus to Asia over the past few months, helping it cope with a 14 per cent fall in volumes sent to the EU.

Asian markets took a total of 315,000 tonnes of citrus from South Africa, up 29 per cent on the previous campaign, incorporating a 10 per cent rise in grapefruit volumes, a doubling of lemon and soft citrus volumes, a 44 per cent hike in navel sendings and a 15 per cent rise in the amount of Valencia oranges shipped.

Freshfel and Shaffe has also published a number of individual country reports, which are summarised below:

Italy
Overall sizing good.
Oranges: Output estimated to be 30 per cent lower. Red-fleshed orange production could be down by 40-60 per cent, although last season’s production was “very high”. For navels and Washington navels, the expected decrease is thought to be 20-30 per cent.
Lemons: Production will be 30 per cent down on last season.
Soft citrus: Mandarin crop should be 20 per cent smaller, while clementine volumes should be stable.

Cyprus
Lemons: Exports to decrease by about 25 per cent, following strong domestic consumption in the summer as a result of Argentinean shortfall.
Grapefruit: Similar volume to last season, perhaps down 5 per cent.
Soft citrus: Nova production slightly higher but exports expected to be about the same as some growers may take advantage of EU withdrawals scheme (for around 500 tonnes). Mandora situation uncertain. Total production more or less the same as last season, but Russia ban will have major impact and withdrawals could account for 18,000 tonnes.
Oranges: Valencia season starts late March, with no significant changes anticipated.

Turkey
Lemons: First shipments already started one week earlier than previous campaign, aided by  “empty” international lemon market and demand from Russia. Up to week 41, 50,000 tonnes were already exported, with more than 20 per cent (11,000 tonnes) to Russia. Some indication that citrus crop in Adana/Mersin might be 30 per cent lower than last year, but this contradicts the larger and earlier shipment. Consequently, the crop is thought likely to be similar to last year’s.

US
Severe drought in California and greening in Florida and Texas set to have dramatic impact on 2014/15 campaign.

California/Arizona
Oranges: Navel crop up 3 per cent at 81m cartons, but down on 85m in 2012/13 and 91m in 2011/12. Sizing small and fruit maturing two weeks early. Valencia crop down 9 per cent.
Soft citrus: Easy-peeler clementines and mandarins up 10 per cent this year, and 50 per cent above 2011/12 crop as new plantings come into full bearing. “We can expect aggressive marketing and strong sales penetration of eastern markets.”
Grapefruit: No change from last year’s 8m cartons.
Lemons: Production about the same as last season at 765,000 tonnes.

Florida
Oranges: Overall production up 3 per cent at 108m boxes, but down on eight-year average of 140m boxes. Private forecasts put the crop at 89m field boxes. Navel forecast is 1.5m boxes – down 22 per cent and smallest crop since being listed as separate variety.
Soft citrus: Tangerines unchanged at 5.8m cartons.
Grapefruit: Production down 4 per cent at 30m cartons, down 20 per cent since 2011/12 – result of citrus greening.