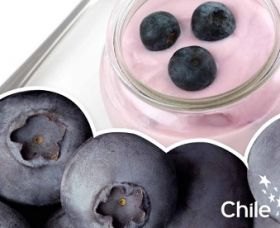 Chile is to ramp up its blueberry marketing campaign in Norway and Sweden in the coming weeks as it seeks to capitalise on rising demand for soft fruit amongst Scandinavian consumers.

Christian Carvajal, marketing director of Asoex, which is running the campaign in conjunction with ProChile and the Chilean Blueberry Committee, said its main focus will be point-of-sale promotions in some of the region’s biggest supermarkets. Beginning on 12 January and running through to 1 February, it will incorporate 25 Ica stores in Sweden and 16 Ultra, Meny and Jacobs stores in Norway. With a market share of 38 per cent and more than 1,400 outlets, Ica is Sweden’s leading retailer.

Asoex said the campaign will include promotional displays, demonstrations, tastings and recipes featuring blueberries as their main ingredient.

Research by Swedish food agency Livsmedelsverket reveals that the consumption of fresh and frozen berries has risen sharply in Scandinavia in recent years. ProChile carried out its own study in 2013 which showed that the perceived health benefits of blueberries are one of the principle drivers of consumption and concluded that Chile could play an important role in meeting counterseasonal demand.

“Blueberries are used in desserts, smoothies, cakes, jams and juices, all of which creates an important opportunity to increase sales of fresh and frozen berries,” ProChile said.