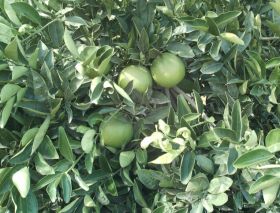 Israeli prime minister Benjamin Netanyahu has expressed his opposition to the decision by the EU to label products from illegal Israeli settlements in the occupied Palestinian territories, branding it “political”.

The European Commission says the territories comprise the Gaza Strip and the West Bank, including East Jerusalem, and the Golan Heights, which were captured from Syria following the 1967 war.

Products sourced from the West Bank but not originating from settlements would reportedly need to be labelled "product from Palestine" or "product from West Bank (Palestinian product)".

The new policy enjoys the widespread support of EU governments, but Israel has warned that it could have implications for Israel-EU relations and could harm the stuttering peace process with the Palestinians.

Israel's ministry of economy has estimated the impact of the policy at around €47m a year, according to Reuters. In 2014, EU imports from Israel were worth around €13bn.