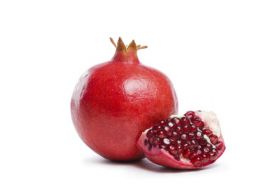 The joint venture will combine Upro’s experience in international business and its access to Iran’s vast resources with Nature’s background in production, sorting and packing fruit and vegetables.

The latter will also provide access to the latest Italian technology and know-how, which has proved to be one of the biggest issues for Iranian companies in recent years.

“Upro succeeded in removing many obstacles blocking the transfer of know-how, latest technology, machinery and production standards to Iran through attracting one of the most credible European companies as a foreign investor and the establishment of Upro Nature,” the company stated in a press release.

Indeed, Nature has succeeded in opening the doors of the European market to Iranian agricultural products.

According to the new company, its philosophy will be to minimise any impact on the environment by setting strict limits on the use of pesticides and chemical fertilisers.

The company’s aim is to position itself as a top supplier, especially of organic products, both in Iran and throughout the Middle East. A secondary goal is to transform Iran’s agriculture sector into a leading, modern industry.

Upro Nature’s products, including pomegranates and pomegranate by-products such as juice, seeds and vinegar, will bear the company’s Meyro trademark. Other products include pistachios, lemons, grapefruit, saffron, dates, dried vegetables and spices.

In order to encourage much-needed foreign investment into the agriculture sector following years of crippling sanctions, Iran has had to offer attractive incentives to overseas companies. Income derived from agricultural activities and exports of agricultural products, for example, is 100 per cent tax exempt.