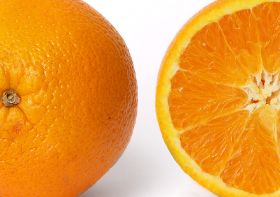 Concerns have been raised about possible financial reporting inaccuracies at Asian Citrus Holdings, a major orange plantation owner and operator in China, after two of its employees apparently claimed to have identified possible errors in a financial report due to be published for the year to June 2016.

The allegations come at a critical time for the group, which is attempting to push through the planned purchase of China-based asset management firm Eagleton Global Investments. It has even been suggested that the claims are part of an attempt to stall that takeover.

Yesterday, trading in Asian Citrus shares were suspended temporarily, pending an investigation by its auditors. “The group's audited consolidated financial statements for the year ended 30 June 2016 are not likely to be available for publication by 30 September 2016,” the company said, referring to the deadline by which it is obliged to publish the results.

The board of Asian Citrus, in the meantime, has suggested that allegations of misreporting may be part of a plan to derail the Eagleton acquisition, with the directors noting they have received “threats” of possible action that would put them under pressure to withdraw the proposed deal.

“The directors have noted that [Asian Citrus] has received threats from a ‘founding minority shareholder’ that immense pressure will be put onto the company’s auditors if the company does not withdraw its proposals for the major transaction [to buy Eagleton] announced on 25 August 2016,” the group said in a statement to the London Stock Exchange, where its shares are listed.

They added: “It is not clear at this stage whether the recent development described is part of a campaign to sabotage the company’s proposal.”

Some details regarding the two employees’ allegations of misreporting have emerged, with Man Gui Fu, a minority shareholder, director and general manager of the company's fruit processing subsidiary Beihai Perfuming Garden Juice, understood to have provided auditors with possible evidence of inaccuracies based on a copy of a six-month bank statement belonging to another subsidiary – Lucky Team Biotech Development (Hepu) Limited – and covering January to June 2016.

According to Asian Citrus, its auditors are of the view that the allegations could have “material and pervasive effects” on its annual financial statements, and have asked for more time to investigate the allegations fully – specifically by obtaining all original bank statements, inviting explanations as to the apparent discrepancies and speaking to relevant customers and suppliers.

The allegations of financial misreporting come at a difficult time for Asian Citrus, which has experienced a tough few years in which its orange plantations have been hit both by typhoons and by the citrus greening disease Huanglongbing. As a result, the company has suffered significant losses as production yields have declined and margin pressures increased.

In the meantime, its listed share price on the London Stock Exchange has fallen from over £45 per share in March 2012 to just over £5 per share this week.

Asian Citrus’ agreed HK$600m (£58.8m) deal to buy Eagleton was designed to reverse that downturn in performance by adding an alternative source of revenue and diversifying into other business areas besides citrus production. The deal would give the group a 60 per cent stake in two properties in Shenzhen, south-eastern China that reportedly generate a rental income of Yn85.7m (£9.9m) in 2014 and 2015 combined.

In addition to a HK$300m (£29.4m) cash investment, the purchase is due to be funded partly through the issuing of 610m shares – equivalent to almost half its existing issued share capital, at HKD0.50 or 4.9 pence per share.

Asian Citrus said at the time that, should the share placing not proceed, the acquisition would not go ahead.

Asian Citrus currently supplies wholesale and retail customers. According to information on its website, the group grades, packs and delivers a certain percentage of its orange crop to customers, usually in the supermarket business.

These graded oranges are generally marketed under its Royal Star brand usually sold to supermarket customers at a premium price compared with its non-branded, ungraded fruit.