Schmidt back in charge at Fedefruta 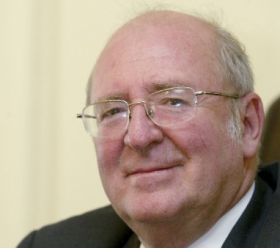 Ramón Achurra has stepped down from his role as president of Chilean fruit producer association Fedefruta after five months citing personal reasons.

Luis Schmidt – who headed up the association between 1997 and 2006 before leaving to become president of the National Agriculture Society and, more recently, Chile’s ambassador in China – has been re-elected as president.

During his previous tenure, Schmidt played a key role in boosting the competitiveness of Chilean fruit production and opening new markets in Asia. Together with Fedefruta’s founder Florencio Lazo, they established a demonstration farm in China to familiarise the Asian country with the standards of Chilean fruit production, which was instrumental in the signing of Chile’s free trade agreement with China in 2005.

Describing Schmidt as “one of the standout leaders of Chilean agriculture”, Achurra said: “He returns to the association with a level diplomatic experience unprecedented in the sector, which we are sure will reinvigorate Chilean fruit production.”