Freezing temperatures in December hit supply to the UK, but sales are expected to bounce back in 2018/19 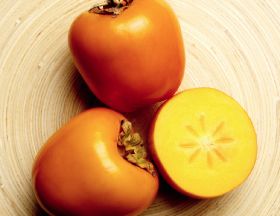 Continuing growth of Spanish Persimon in the UK has been held back by severe frosts in the growing region at the end of last year, according to regulatory council, Kaki de la Ribera del Xúquer, which controls the PDO certification for the fruit

As December’s freezing temperatures brought an abrupt end to the season, volumes going to UK supermarkets fell immediately as importers stored and restricted supplies to enable them to keep Persimon on shelf into January

Sales of the PDO-certified fruit in the UK fell by approximately 35 per cent on the record set in the previous season. This is the first drop after 12 successive years of ongoing growth.

Kaki de la Ribera del Xúquer's head, Rafael Perucho, said: “For more than a decade, PDO-certified Spanish Persimon has grown in popularity as more retailers and more British consumers have discovered this delicious fruit. Unfortunately, unseasonable frosts have ended this season prematurely for the first time in many years."

With growth from a few thousand fruits sold in 2005 to around 25m in just over ten years, Persimon is one of the great recent success stories in UK fresh produce. Sales are expected to return to growth in the 2018/19 season.

The regulatory council and Foods from Spain have promoted Spanish Persimon in the UK market for 12 years.

Campaign activity sets out to introduce new consumers to the fruit and highlight the uniqueness of the PDO-certification. It includes sampling and advertising to shoppers through retailers, as well as activity with journalists and other food writers, restaurants and shops.