The question of whether products grown in heated greenhouses are worthy of the organic label is still under discussion in France, with a vote due in June 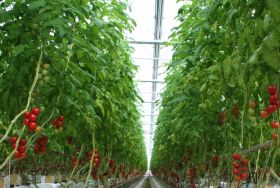 The heat is on for organic vegetables grown under heated greenhouses in France, with many decrying the environmental impact of this method.

The National Federation of Organic Agriculture (Fnab) and the union of organic processors and distributors last year requested a ban on growing counter-seasonal organic vegetables in heated greenhouses.

Having twice been postponed by the French ministry of agriculture, the vote is now set to be held on 11 July, according to French daily Libération.

Many conventional companies have been attracted to the organic sector by its double-digit growth, converting heated greenhouses into organic ones.

Although heated organic greenhouses cover just 50ha in France, representing less than 0.2 per cent  of French organic production, a further 60ha are reportedly planned for Brittany, with an additional 40ha set for Pays de la Loire.

Some critics from the organic sector have called heated organic greenhouse production “environmental nonsense incompatible with the organic label”, noting that 80 per cent of greenhouses in France are heated by fossil fuels.

Fnab and Synabio are now asking for a ban on the construction of new heated greenhouses for organic production until a decision is made at the National Committee of Biological Agriculture (Cnab).