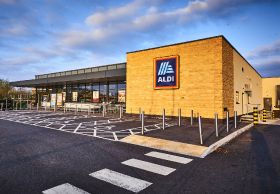 Aproban, Costa Rica’s association of independent banana producers, has added its voice to the growing chorus of disapproval of Aldi’s decision to reduce the purchase price for 2021.

The association said it “categorically rejects” the position of the German retailer by unilaterally lowering the buying price by €0.06/kg, taking the box price down to €11.33 from January.

“National producers are committed and comply with the environmental, social, economic and sustainability requirements and demands of the European market, supermarket chains and consumers,” Aproban said in a statement.

“This situation that implies greater investment and greater weight than the rest of the actors in the value chain, which is why these types of unilateral decisions impact Costa Rican producers, who see their costs increase and the price paid for their fruit decreased.”

The producer association said Aldi’s action would “encourage and promote the growth of suppliers that meet salary, social and environmental standards much lower than those that Costa Rica maintains, which results in the export of poverty”.

As the biggest banana purchaser in Europe, Aldi’s price is effectively used as reference for the entire European market.

“In times of crisis like the one we live, with hunger at the doors of many homes, these actions worsen the lives of many, so we respectfully oppose this Aldi decision that would harm banana production, the country's economy and the creation of jobs that this activity generates.”