Ross Berries and United Exports may have settled this season's OZblu royalty spat, but the dispute looks set to continue 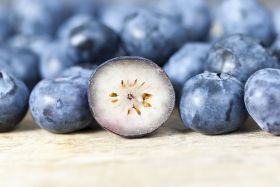