From Russia to Asia

Alternative markets are out there for eastern European and Central Asian berries, with the frozen segment in Asia presenting a "great opportunity" 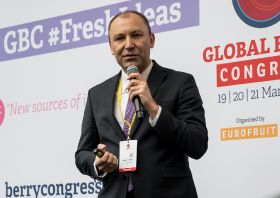 Berry producers and exporters in eastern Europe and Central Asia have faced comparable challenges with the Russian market in recent years, albeit for different reasons. Russia’s decision to ban food imports from the EU, the US, Ukraine and many other sources had a major impact on producers in eastern Europe, who relied heavily on this market. However, those suppliers that were untouched by the ban have been affected by Russia’s efforts to stimulate local production in order to alleviate the domestic impact.

“In eastern Europe, there have been a lot of changes,” says Andriy Yarmak, an economist at the UN FAO. “Russia has introduced its import substitution policy and the market is oversupplied with local produce. Domestic prices were very high, so the government has provided a lot of subsidies to boost production. Countries in eastern Europe, even those who still have access to Russia, are therefore looking at alternatives.”

In addition to the EU and the Middle East, one of the top alternative markets being looked at is Asia. “Asia is a priority market in terms of prices,” says Yarmak. “For premium quality, suppliers in the likes of Ukraine, Serbia and Moldova can get good returns for their produce. Berries and topfruit are the key products. Georgia is another one that has been expanding very fast, particularly in blueberries.”

The main challenge for exporting to Asia remains logistics. “It is very expensive,” reveals Yarmak. “The routes aren’t very frequent by reefer, so they have a disadvantage versus the Netherlands, for example, in terms of cost of logistics. There is also a lack of experience in the whole value chain, getting the product right from the very beginning to the end and establishing relationships. We’ve been pretty successful helping them learn these things through intensive training courses, introducing them to Asian cultures and Asian specifics. Ukraine, for example, has been expanding in Malaysia and Singapore, as well as in other countries in the region.”

Another issue is the weakness of institutions, says Yarmak. “Ukraine does not have access to India, Vietnam or Indonesia,” he says, “so the fastest growing markets remain closed, and this is because the government isn’t doing enough to open these markets up.”

For frozen berries, logistics is easier, and Yarmak sees a great opportunity for eastern Europe and Central Asia in this segment.

“Logistics aren’t a major issue,” he says. “In Asia, the frozen fruit market is very small compared to Europe and the US. I think this is the best opportunity in Asia. Most markets are well developed and have the infrastructure in place. Horeca is simply unaware that it could be a game changer for them – they could reduce their costs and improve the taste. Going door to door, talking to restaurant chefs, they had no idea they could buy frozen, even in Kuala Lumpur for example. To me, it’s the best opportunity you can dream of, but someone needs to get that knowledge out there in Asia and get people believing in this business so it starts rolling.”