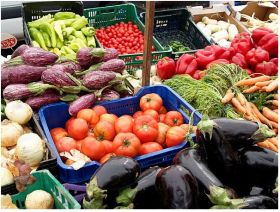 According to French newspaper Le Parisien, fruit and vegetable producers will be forced to reimburse the state aid they were granted between 1992 and 2002, worth nearly €500m. The European Union says that these handouts distorted competition.

François Lafitte, president of agro-economic federation Fedecom, responded that it would be “impossible” for farmers to pay back such a sum, while the minister of agriculture, Bruno Le Maire, who took over from Michel Barnier at the end of June when the latter joined the European parliament, said that he would “do nothing that could compromise the future of the sector”.

The payments to the fruit and vegetables sector initially came at a time when farmers were struggling with poor weather conditions and bad harvests. However, according to Le Parisien, the aid eventually morphed into a simple source of finance, and investments – on coldstorage facilities, tractors, promotions and the like – increased tenfold during this period.

Mr Le Maire has until 28 January 2010 to recover the money from farmers, a difficult task given the currently strained relations between the state and the agricultural sector following the economic crisis, not to mention many farmers’ inability to pay.