Foodservice giant sells its remaining 60 per cent stake in Italpizza to Dreamfood, which already controls the other 40 per cent 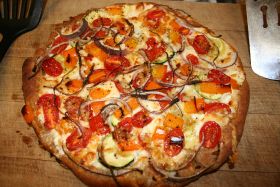 Pizza is a key product for Italpizza

Bakkavör has sold its controlling stake in a fresh prepared foods manufacturer.

The transaction is expected to be completed in the second half of 2015.