Southern Europe’s cold snap forced importers to turn to North Africa for many vegetables, but better preparation is essential if future shortages are to be avoided 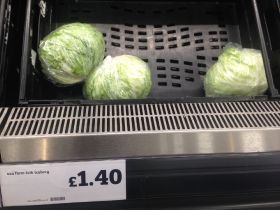 The unseasonably cold winter conditions experienced in the Mediterranean, including in key salad-producing areas of Spain and in tomato-growing regions in Morocco, were met with panic across Europe, with importers and retailers racing to find alternative sources while trying to explain to evidently baffled Twitter users how the weather can indeed affect food production.

However, one might have expected European retailers, having gradually normalised consumers to the year-round availability of seasonal products, to be better prepared for such an eventuality.

According to El-Beltagy, a more sustainable approach from Europe’s importers would be to import regular volumes from North Africa in order to avoid an over-reliance on countries such as Spain.

“Every once in a while, Spain has a catastrophic winter,” he said. “The importers all then turn to North Africa as an alternative.”

However, he said, producers in North Africa won’t automatically have the volumes to deal with a major shortfall.

“We only plant what our customers have ordered, plus a little extra just in case,” he said. “But this little extra is not enough to cover for Spain.”

Indeed, retailers in the UK were forced to offer US-sourced iceberg lettuce instead, at twice the usual price, while many restricted shoppers to a limited number of heads.

This season, Belco has seen a major increase in demand for leafy vegetables, including iceberg lettuce.

“Egypt is a very reliable option for iceberg lettuce, and for leafy vegetables in general, with excellent quality and good shelf-life thanks to the use of vacuum packs,” said El-Beltagy. “We are now planning on expanding our range at Belco.”