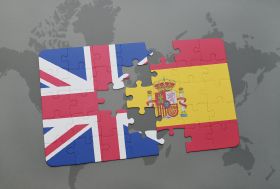 Spain's fresh fruit and vegetable exports to the UK grew 1 per cent in volume and 9 per cent in value during the opening six months of 2020, coming to 889,157 tonnes and €1.16bn respectively.

Fepex, which processed the data from the Customs and Excise Deprtment, said that it showed the "positive evolution" of exports to the UK had been maintained despite the uncertainty surrounding ongoing Brexit negotiations, which this week begin their eighth round.

However, Fepex said that the situation regarding Brexit talks was "worrisome" for the sector, with the transitional period set to end on 31 December with the possibility that no commercial agreement has been reached between the UK and the EU.

"This week the eighth round will begin, in London, and so far there has been little progress, according to statements by the community and British negotiators themselves," Fepex outlined.

"Negotiation time is short, since, according to the European Commission, for an agreement to effectively enter into force on 1 January 2021, a complete legal text must be achieved by the end of October, to allow time for ratifications by the Council, the European Parliament, and the UK."