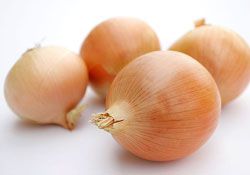 New Zealand onion exporters are approaching the start of the 2015 season with a degree of caution.

“There have been large crops reported in most of the major Northern Hemisphere onion producing countries,” Ross explained. “This will provide a big challenge for the New Zealand onion industry as our exports may overlap, causing a slow start to the season. However, if the harvested quality is excellent as expected, we are confident our customers will appreciate reliable deliveries throughout the sales and shipping season.”

While a clean start to European sales programmes is desirable, a growing number of New Zealand exporters are likely to be more interested in how key Asian markets open up.

Ross noted that onion export volumes from New Zealand to Asia increased 11 per cent during 2014, with this trend tipped to continue this season. Anthony Bruford, managing director of Aozora New Zealand, echoed Ross’ claims, suggesting there has been a distinct shift towards the Far East within the industry.

“All of Aozora‘s onion exports are to the greater Asian region. We have been developing these markets for over 12 years now,” Bruford told Asiafruit. “We are finding that other New Zealand suppliers are also turning away from the traditional European markets and moving more onions to Asia, especially Indonesia and Malaysia.”

While Bruford sees enormous potential for New Zealand suppliers to capture the attention of developing middle-classes across Asia, he also noted that significant challenges lie ahead in the region.

“Market access is still the single biggest issue facing the onion industry,” he explained. “We would particularly like to see access granted for South Korea and China but it is a long process and there is still work to done.”

The inability to access a number of Asia’s key onion markets, including China, South Korea, the Philippines and Vietnam, means the majority of New Zealand exporters remain keen to maintain their customer base in Europe.

Ross said what’s shaping up to be an above-average crop will ensure there is enough volume to service all existing markets, with harvesting now ramping up.