Scientist recognised for work developing IFP programme, among other achievements 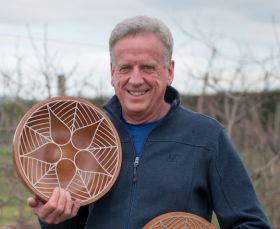 Walker was presented with the highly esteemed accolade at the industry’s annual conference in Napier last week.

New Zealand Apple and Pear board member, Peter Beaven, presented Walker with the award, acknowledging his long service to the sector, including the development of the Integrated Fruit Production (IFP) programme in the 1990s.

“With IFP, growers started monitoring the numbers of harmful insects on orchards through pheromone trapping and introduced the use of targeted selective sprays when required," Beaven explained. “The IFP system was introduced across the entire industry in a remarkably short time due in no small measure to this man’s efforts. Today we take such systems for granted.”

Walker was also instrumental in the next generation of orchard management, the Apple Futures programme, which further reduced residue levels on fruit and enabled the industry to tailor production systems to meet the phytosanitary and residue requirements for specific markets.

“However, I rate Jim’s most significant contribution to our industry as making science easy to understand for non-scientists,” Beaven added. “The best science is useless if growers cannot understand it or know how to apply it in a commercial setting. Jim has always had the knack of explaining things in ways we laypeople can readily grasp.”

Walker said it was an honour to receive the award but insisted it would not be a bookend to his career.

“I have been really proud to serve this industry which I have been involved in one way or another since 1972,” Walker explained.

“I’ve worked in the industry for almost 45 years and I’m not ready for the ‘R’ word so I’m not retiring but will be reducing my hours. It’s been great to work within an outstanding industry, with outstanding growers and it has been an amazing opportunity.”