A report released by the Organic Produce Network and its partners shows that dollar growth climbed 3 per cent last year, although volumes fell 3.7 per cent 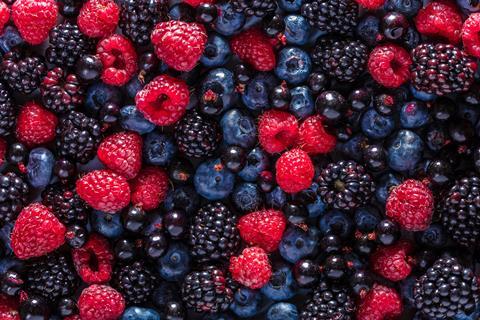 According to the report, organic volume declined by 3.7 per cent throughout the 12-month period, as total sales in the country topped US$9.4bn.

The organic fresh berry category was the top organic produce category, holding more than 16 per cent of organic fresh produce dollars in 2022.

Total fresh produce sales gained 7.3 per cent in dollars for the year but experienced a 1.3 per cent decline in volume, the report continued.

“In an inflationary time like this, we expect to see the growth of sales dollars and volume declines repeated for the majority of organic and conventional fresh produce items,” said Tom Barnes, president of category partners.

“The average conventional price per pound grew by 9.2 per cent compared to 2021 while organic produce price per pound rose by 7 per cent,” Barnes noted. ”With rising prices, we may see more selective organic shopping from consumers as they substitute higher-priced organic items for conventional ones.”

Organic apples were the largest example of substitution as their price per pound increased by more than double the amount of conventional, resulting in a volume decline of 10.3 per cent.

ONP reported that for 2022, 13 of the top 20 organic produce categories (by total sales) posted increases in dollars, with organic onions generating the largest increase (15.4 per cent), followed by cucumbers, potatoes, and avocados.

Conversely, green beans posted the largest drop in dollars (down 5 per cent), and lettuce and bell peppers also posted noticeable declines in dollars for the year.

Additionally, 14 of the top 20 organic produce sales categories posted declines in volume, with only ten of those categories showing positive dollar growth.

Organic bananas continued to be the biggest volume mover despite a 1.2 per cent volume decline in 2022 and showed a modest 3.9 per cent increase in sales from the previous year.

Potatoes and cabbage, typically regarded as ”inflation busters” according to ONP, showed a 10 per cent increase in dollar sales and a nominal 1 per cent growth in volume.

Organic performance in 2022 was consistent among all regions of the US – dollars grew and volume declined. The northeast saw the lowest dollar growth and highest volume decline, while the south continues to show the most year-over-year improvement.

The report outlined that organic fresh produce prices in aggregate remained substantially higher than conventional, with 2022 showing the price gap between conventional and organics the largest it has been in the past four years at US$1.55 per pound.

“In an inflationary time period, it is important for organic producers to understand how their pricing impacts behaviour among various consumer segments and to reach those consumers with the health and value benefits associated with organics,” said Barnes.

The fourth quarter of 2022 saw the twelfth consecutive quarter of organic sales growth, with a modest 1.4 per cent increase from the same period last year.

Organic produce sales for the fourth quarter topped US$2.1bn, with the grape category leading the way in year-over-year dollar and volume growth.

The 2022 Organic Produce Performance Report utilised Nielsen retail scan data covering total food sales and outlets in the US from January through December 2022.