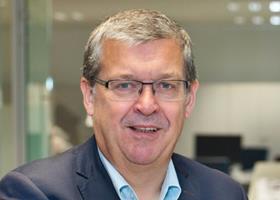 Luc Vanoirbeek, chairman of the Working Party on Fruit and Vegetables

Professionals in the fruit and vegetables sector are questioning their ability to thrive given the targets set out in the European Commission’s post-2020 CAP proposal, according to Copa-Cogeca.

During the Copa-Cogeca Working Group, which met this week, concerns were raised that the obligations under “climatic and environmental actions” in the Commission’s proposal were unrealistic.

“While the sector is recording ever-increasing production costs and losses for certain products such as tomatoes, vegetables and stonefruit, professionals in the sector are questioning their capacity to thrive with the targets announced by the European Commission,” a press release stated.

According to Copa-Cogeca, producers who already face shortages of seasonal workers due to Covid-19 restrictions, as well as unfavourable weather conditions, were being left with a lack of solutions to control certain pests and diseases, as well as restrictions on irrigation in key regions.

Luc Vanoirbeek, chairman of the Working Party on Fruit and Vegetables, commented: “We are already playing with the limits in certain productions like tomatoes, vegetables and stonefruit, it would take little today for the situation to become critical for growers. This is why the announced 50 per cent target for reducing the use of plant protection products in the Farm to Fork Strategy really worries us. It will generate for sure additional costs. As our margins are already being squeezed very tightly, I don't see how this could be done without an increase in prices of European fruit and vegetables for end-consumers.”

Some categories of fruit and vegetables have seen an increase in prices during the pandemic, but Copa-Cogeca warns that growers have not been able to benefit from the increase in order to ensure the medium-term economic viability of their farms.

In a letter sent prior to this week's Special Committee on Agriculture, Copa and Cogeca called on the Commission to 'set more realistic obligations and provide greater flexibility when it comes to the operational programmes covering 'climatic and environmental actions''.

'A 20 per cent threshold seems too ambitious and could become too restrictive for producer organisations in the fruit and vegetable sector,' Copa-Cogeca stated. 'Copa and Cogeca also request that producer organisations need to be better supported in their efforts to transition towards more sustainable packaging in order to support the Farm to Fork and the European Green Deal ambitions of carbon neutrality by 2050.'

According to Vanoirbeek, another area of concern for the sector is the prospect of a No-Deal Brexit. 'We will be in the front line if the negotiations break down,' he said, 'which is why the European Commission needs to plan crisis management measures in order to avoid a 'Brovid' effect, as we can fear cumulative effects in the EU.”