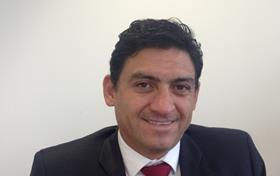 Costa Rica has embarked on an export diversification strategy to take advantage of the surge in international demand for exotic fruits and vegetables.

During a visit by president Luis Guillermo Solís to London this week, Pedro Beirute, CEO of trade promotion agency Procomer, outlined the details of the new plan that seeks to expand the country’s current export offer beyond bananas and pineapples.

“After carrying out extensive market studies we identified 10 products that we believe have the highest potential,” Beirute told Fruitnet. “We are now working with the Ministry of Agriculture on a strategy to scale up production for export.”

Beirute outlined the three strands of the project to support growers by providing technical assistance, financial initiatives and promotional support to help them position their products on international markets.

The products will be marketed under the Essential Costa Rica country brand, ensuring that they comply with the quality, sustainability, social and innovation criteria set out by the label.

Beirute predicted that exports to the UK would grow following the launch direct flights between London and San Jose at the end of last year. The British Airways service, which operates three times a week from Gatwick, is expected to bring an upswing in tourism and the arrival of airflown perishable products including exotic fruit.

Discussing the possible impact of Britain’s departure from the EU, with which Costa Rica currently trades under the EU-Central America Association Agreement, Beirute expressed cautious optimism that a bilateral trade deal could be agreed.“The UK is a key strategic market for Costa Rica and will become even more so in the future. It’s simply a question of adapting to the new reality and moving on,” he said.

The UK will be the likely target of a Costa Rica week marketing campaign in the second half of this year that will see targeted consumer promotions including in-store tastings and point of sale activities in key retailers.

Procomer carried out a similar promotion in Spain earlier this year, focusing on supermarkets in Madrid and Extremadura.

“The campaign featured a number of culinary activities with well-know chefs flown in from Costa Rica who developed a series of local recipes adapted to include Costa Rican ingredients such as yucca croquettes with chorizo,” Beirute explains.