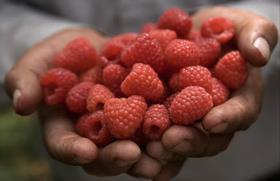 Berry marketer Driscoll’s has told Fruitnet it does not tolerate any breach of local or international labour laws at farms in Portugal where its fruit is grown.

The company was responding to allegations published by The Guardian newspaper, which wrote that some migrant workers in the country's Odemira region appeared to work “illegally long hours picking berries… for less than the minimum wage”.

All three retailers plus Berry Gardens. which imports and sells Driscoll’s-branded fruit in the UK, were reportedly “investigating the allegations” as a matter of urgency and said they would “take any action required to ensure their standards on worker welfare were met”.

According to Driscoll’s, wages and contracted hours – including overtime – for workers picking its berries in Odemira are defined by a policy called the Collective Work Agreement.

That document, it said, is negotiated every year by the regional producer association AHSA and agricultural workers’ syndicate SETTAB. “All our independent growers are required to comply to these regulations.” said a spokesperson.

Fruitnet also understands that Driscoll’s recently introduced an “even more thorough” compliance programme in Odemira. As a result, it says, all independent growers in the region will be audited more strictly from the start of the 2022 season.

“We are aware [of the] recent media publication regarding labour conditions in the Portuguese Odemira region,” said the spokesperson. “As a family-owned business, we fully understand our responsibility to provide a framework for decent working and living conditions for workers throughout our supply chain.

“We are committed to growing in harmony with the environment and the communities we depend on. We want to ensure the harvesters picking our berries are treated with respect and dignity.“

The company said it would continue working with independent growers in Portugal to ensure workers continued to be treated “with consideration and respect” in clean, safe workplaces.

“If any of our independent growers’ practices conflict with our standards or the local legal framework, Driscoll’s determines corrective actions,” it continued. “Depending on the situation, a corrective action plan can be installed — or in severe cases it could lead to a termination of the relationship with Driscoll’s.

“We have specialised teams focusing on social and labour topics throughout the enterprise, and regional teams actively working with our network of independent growers to provide training and information to support compliance.

“Our teams also implement both internal and external auditing mechanisms – as well as third-party audits via Grasp, which also verifies working conditions according to contractive labor agreements in place.”