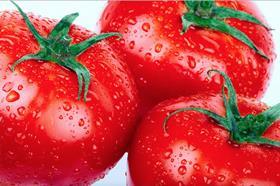 EU import of fresh tomatoes will grow by 7 per cent in 2021 when compared with last year, while exports will fall by 21 per cent.

This is according to a new European Commission report on agricultural markets, reported on by Spanish body Fepex, which also forecast that Morocco would remain the leading supplier to the EU with 70 per cent of the bloc's total imports

The report highlighted the EC's growth in purchases from Turkey, rising 36 per cent through January-April 2021 when compared with the same period of 2020.

The EU's fresh tomato exports have been declining since 2013, and a record drop of 21 per cent year-on-year is expected this year, down to 350,000 tonnes. The decline in community tomato exports in the last five years has been 27 per cent.

The sharp fall in 2021 is due to the decline in shipments to the UK which, according to the EC report, were down 37 per cent in January-April. The UK the leading market for EU tomato exporters, taking on 52 per cent of the total.

The production of fresh tomatoes is expected to fall 2 per cent in 2021, and 5 per cent on the five-year average, due to lower crops in Spain (10 per cent) and France (2 per cent).