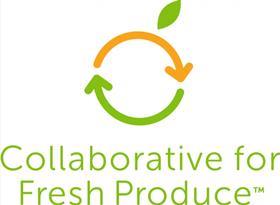 The Collaborative for Fresh Produce has been launched, a new non-profit organisation that is partnering with commercial farmers and food banks to fight hunger by fighting food waste.

According to the organisation, one in eight people struggles with hunger in the US, and yet 20bn pounds of edible produce is left in the fields to rot or waste each year.

“The good news is that we grow plenty of food in America,” said Simon Powell, president and CEO of the Collaborative for Fresh Produce. “We recognised the travesty in this situation and created a sustainable model to gather and distribute edible produce, that otherwise would have been discarded, and put it into the hands of those struggling with hunger.'

The Collaborative for Fresh Produce uses state-of-the-art technology and optimises supply-chain logistics to offer growers, shippers and wholesalers an outlet to address large-scale quantities of surplus produce and to provide a low-cost option to food banks as they source fresh produce for their communities, funding its operations through a 1 cent per-pound processing fee paid by food banks.

“Our industry has an ongoing need to address imperfect and surplus produce as part of its business strategy,” said Dante Galeazzi, president of the Texas International Produce Association and board member of the Collaborative. “Offering this produce to the Collaborative is an ideal outlet to address this issue. Disposal, or dumping, costs can be eliminated and farmers can help fight hunger in the process. It’s a win/win for everyone.”

In fiscal year 2019, the Collaborative for Fresh Produce anticipates distributing approximately 60m pounds of fresh produce donated by more than 65 growers and shippers from across the country, mainly located in California and Texas.

This produce will then be accessed by more than 25 food banks in a six-state region: Arkansas, Colorado, Louisiana, Oklahoma, Tennessee and Texas. These food banks supply hundreds of non-profit agencies and pantries serving thousands of people struggling with hunger in their communities.

The goal of the Collaborative for Fresh Produce is to distribute more than 150m pounds of fresh produce annually to the majority of our nation’s 200 food banks.

“The Collaborative for Fresh Produce is poised to make a radical change in our nation’s hunger-relief system,” added Dan’I Mackey Almy, president of DMA Solutions and board member of the Collaborative. “Solving hunger with better access to fresh produce will take far more than the occasional donation from a well-meaning donor. It’s going to take our entire agriculture community systematically changing the way it addresses imperfect and surplus produce.”