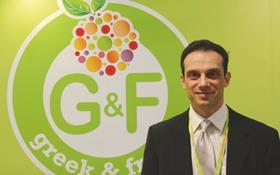 Greek strawberry growers have been convinced to increase their investment in the sector following a successful few years.

According to Nick Nafpliotis, CEO of trader Greek & Fresh, European supermarkets received a record volume of Greek strawberries last season, partly due to production problems in Spain and partly due to varietal changes.

“The result was very good,” he says. “Greek producers are now capitalising on this and making investments. On average, strawberry acreage is increasing by about 10 per cent a year, but this year it’s looking more like 20 per cent.”

Nafpliotis believes the turning point for Greek strawberries was new varieties. “There was a big change in Greece four to five years ago,” he says. “We greatly reduced production of Camarosa and switched to Victory, which had excellent results. It has a good shelf-life so it ships very well. It’s a modern European strawberry. In the past Greece only exported to open markets and not so much to the supermarkets. Within two years, Greek strawberries were in all the supermarkets.”

According to Nafpliotis, Victory now accounts for around 55 per cent of production in Greece, with Fortuna at 25 per cent and Camarosa down to around 8 per cent, mostly for sale on the domestic market.

“The last two years, the conditions in Greece have been very favourable for strawberries,” says Nafpliotis. “The reduced strawberry acreage in Spain in the last three years, in favour of blueberries, raspberries and blackberries, the unusually bad weather conditions during this period, and the fact that Greek strawberry producters were able to better control the production output, were key success points.”

One of the biggest challenges for strawberry growers has been rising costs. “Everything has gone up,” says Nafpliotis. “Logistical costs, production costs, electricity costs. We understand that the government is maybe looking to intervene. The cost of building a tunnel for strawberries has increased by 30 per cent compared with just two years ago.”