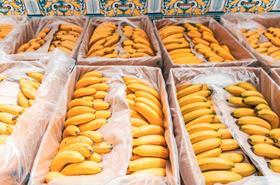 Spain's fresh fruit and vegetable imports increased between January and October 2021, reflecting an 'increasingly competitive and globalised market', according to Fepex.

For the ten-month period, Spain's fresh produce imports rose 6.3 per cent in volume to 2.9m tonnes and 4 per cent in value to €2.67bn, the country's Department of Customs and Special Taxes reported.

'A wide range of imported fruits and vegetables is observed, reflecting the diversification of purchases and a continuous positive evolution is also observed, encouraged by the regulatory framework, both in the productive and commercial fields,' Fepex noted.