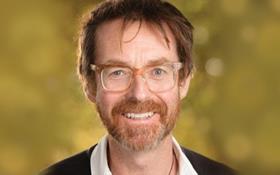 Hellens was previously a member of the Plant & Food Research (then HortResearch) team from 2000-2014, and worked in several senior roles linked to genomics research and kiwifruit breeding.

He also worked on the development of new red-fleshed apple and kiwifruit varieties, explouited next-generation sequencing techniques to fast-track new cultivars, and maintained a keen interest in post-transcriptional gene regulation, which helps to understand the regulation of vitamin C.

Before moving to New Zealand, he worked at the John Innes Centre in the UK, where he developed the first genetic map of the pea.

KBC, a joint venture between Plant & Food Research and kiwifruit company Zespri, was established to drive greater innovation in the development of new kiwifruit varieties, with a particular focus on breeding healthier, better-tasting and more sustainable fruit.

He added: “The role will be an integral part of the senior leadership team, focusing on external relationships with universities, research centres and industry, both domestically and internationally, and will lead the strategic direction of the science at KBC.”