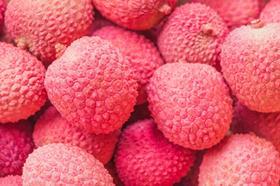 French exotics producer and importer SIIM, a subsidiary of the Omer-Decugis Group, has revealed that it will handle the Malagasy lychee export campaign this autumn, following its selection by the Groupement des Exportateurs de Litchis (GEL) of Madagascar.

The move consolidates SIIM’s position as a leader in the European exotics market, as it integrates a highly strategic sector for the economic and social development of Madagascar, the third largest producer of lychees in the world and number one exporter to Europe.

According to SIIM, Madagascan lychee exports support, directly or indirectly, close to 300,000 people in production, transportation and packing.

The company described the fruit as the “star of the shelves” during end-of-year celebrations. “The distribution of Madagascan lychees in Europe is a seasonal campaign, which usually runs from the beginning of December until the end of January, involving the marketing of more than 16,000 tonnes of fruit, half of which will be distributed by SIIM,” a press release stated.

'It is a great source of pride to have obtained the confidence of Malagasy exporters for the organisation of the distribution of local lychees for the 2021/22 campaign, organised at the international level by the Groupement des Exportateurs de Litchis (GEL) under the supervision of the Malagasy Ministry of Trade,” said Vincent Omer-Decugis, chairman and CEO of Omer-Decugis & Cie and CEO of SIIM.

Through GlobalGAP, Grasp and Fairtrade certifications, he said, the Madagascan lychee sector had developed its production protocols to integrate the three essential pillars of sustainable agriculture, relating to health and safety, respect for the environment and socially responsible working conditions.

“Beyond the successful marketing of lychees in France and in Europe for the next Christmas and New Year celebrations,” he said, “our activities will form part of a long-term partnership framework to support the sustainable development of lychees from Madagascar.”

According to the CEO, the company intends to use all its know-how, including as the European leader in West African mangoes, as well as its commercial, logistical, operational and technical capabilities, to ensure its customers and, through them, European consumers, are able to enjoy lychees of exceptional quality for the next Christmas and New Year celebrations.

“The objective is also to get involved locally,” he added, “and mobilise the group's corporate foundation, Louis Omer-Decugis Foundation, in support of community development projects in the lychee sector, in the fields of health or education.”