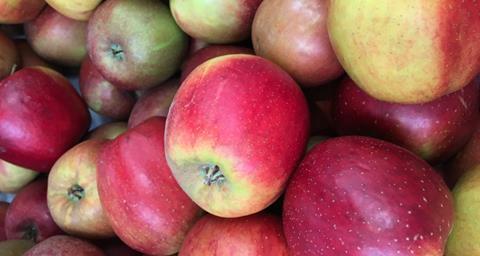 New data released this week implies that Poland’s apple exporters are still suffering as a result of losing their main market, Russia, back in August 2014.

According to new figures published by the World Apple & Pear Association (Wapa), Polish apple stocks at the start of March were 11 per cent higher than at the same point last year, leaving 804,000 tonnes of the fruit left to be sold compared with 724,000 tonnes in March 2014.

That last figure was itself considerably higher than any of the equivalent figures stretching back to 2007, making the latest amount an unwanted record for Poland’s apple business.

Despite attempting to take evasive action and develop sales to alternative markets in North America, the Middle East and Asia, Poland’s apple trade does not appear to have overcome a perceived historic lack of fruit that is suited to the international market.

Put bluntly, Russia’s quality requirements on apples prior to the blockade on EU fresh produce were in many cases not as high as in other countries where some Polish exporters are now attempting to place the fruit.

The president of Poland’s National Fruit & Vegetable Producers Association, Witold Boguta, recently bemoaned the country’s lack of real alternative markets for export items including apples, suggesting that only 10-15 per cent of the country’s apple varieties were suitable for new markets.

As the figures show, the major headache this season for Poland’s apple business is an abundance primarily of Idared, of which there were 220,000 tonnes left in storage at the start of March.

But that’s not all. There was also more Golden Delicious, Jonagold, Ligol and Champion still to be sold, as well as – somewhat ominously given the limited opportunities for niche varieties – 120,000 tonnes of ‘other’ varieties.

Other highlights from the Wapa report include:

• Italy’s apple stocks were around 7 per cent lower than at the start of March 2014, with Golden Delicious volumes in storage 6 per cent lower at 481,664 tonnes. The country had a record high volume of Fuji left to sell, however, up 11 per cent year on year to 87,475 tonnes.

• US apple stocks in March were 1.18m tonnes, returning to what might be described as normal levels after reaching a record high in excess of 1.5m tonnes at the same stage of last season.

• The varieties listed as ‘other’ in Wapa’s list are potentially an overlooked factor when it comes to apple marketing in Europe. With a combined total of 336,162 tonnes (up 12.5 per cent on 2014) remaining in storage at the beginning of March, collectively they outsize stocks of all of the other individual varieties besides Golden Delicious.