Pure Harvest to launch in UAE 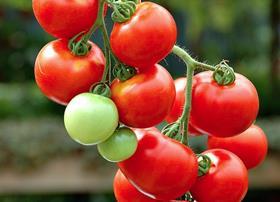 The latest hydroponic farming techniques are set to grace the UAE, thanks to the entrepreneurship of Sky Kurtz, a former Silicon Valley private equity investor, and his Emirati business partner Mahmoud Adi, who have together co-founded new farming venture Pure Harvest.

The UAE is currently reliant on imports for approximately 80 per cent of its food needs, according to the ministry of economy, with major economic and environmental implications.

However, plans are afoot to address this dependence, the National reported, and projects such as Pure Harvest, which involves the cultivation of plants in solutions instead of soil for better nutrient control, could ultimately turn the UAE into a food exporter.

The operation has been funded through a US$1m investment from Shorooq Investments, Adi’s family investment vehicle. A farm was aquired in Nahel, a rural town around 30 minutes north of Al Ain.

The next step is to fundraise US$2.5m-US$3m by January, allowing Pure Harvest to install the latest high-tech farming kit on site, and enabling the venture to harvest its first crop, tomatoes, next summer, followed by bell peppers and cucumbers.

A natural substrate made of coconut shavings will reportedly be used to grow crops year-round, with no pesticides used, although European guidelines deny organic classification to any produce grown outside the soil. Online sensors will monitor crops and “precision-feed” individual plants according to their needs.

Other hydroponic farms exist in the UAE, including Elite Agro and Emirates Hydroponics, both based in Abu Dhabi. However, according to Kurtz, Pure Harvest will be the first project in the UAE to make use of the latest Dutch technology.

“We are able to control the climate around the crop within 1°C,” says Kurtz. “And in doing so, it doesn’t know that it is not growing in the heart of Holland. If we can produce locally at a similar quality and guarantee supply around the year, we think there would be less demand for imports.'