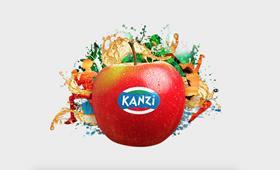 As the European Kanzi season comes to a close, global license holder GKE has said that grower organisations and members can can 'look back with satisfaction on a successful season'.

According to GKE, total European sales increased 14 per cent year-on-year, with 'demand on the rise throughout Europe'.

The German market enjoyed particular success, with growth described a 'remarkable'. Indeed, sales in the country improved 25 per cent compared with the previous campaign.

As part of Kanzi's brand message 'The Power of Great Taste', a new summer campaign will be launched during the Southern Hemisphere season, targeting both retail partners and end consumers.

Under the theme 'Refresh yourself with Kanzi', the 'refreshing energy' of Kanzi apples will be highlighted this summer.

'The summer activities will ensure good resale in Europe of the Kanzi overseas harvest and further boost brand awareness and preference,' Bahler added.