The importance of value and trust 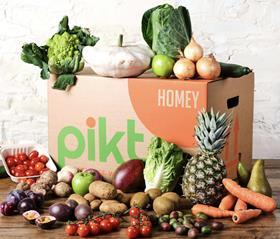 If the Covid-19 pandemic has taught us one lesson, says Matt Godfroy of UK organics supplier SunFresh Produce, it is the importance of valuing people and planet. 'Both,' he continues, 'are precious and irreplaceable.When I look at shopping habits, it's more evident than ever that consumers are realising the role played by business in fuelling unsustainable patterns of toxic behaviour to people and planet, purely in order to reap profits and satisfy shareholders.'

According to the Co-op’s Ethical Consumerism Report, which has tracked consumer shopping habits since 1999, British consumers are boycotting brands at record levels due to social or environmental concerns. Brand boycotts on ethical grounds have risen to almost £4bn, up 18 per cent in the year.

Co-op's CEO, Steve Murrells, commented: “Our Ethical Consumerism Report is a barometer on consumer behaviour and shoppers are turning up the heat to boycott businesses which fail to act on ethical or social concerns. The report is a warning to brands that they must do business a better way for workers, communities and the planet, but it offers clear evidence to policy-makers that they can positively influence change.'

The rise of consumers seeking authentic brands, businesses and leaders who maintain higher values isn't the future, says Godfroy. 'It's now, and it's gaining momentum.'

According to Godfroy, it was his firm belief in transparency, honesty and ethics that made it an easy decision to join the B Corp movement. 'I was an early adopter,' he reveals. 'We sought independent verification on how we operated, and we became certified B Corp in February 2019.One benefit is the clear message it sends: it's for businesses that are accountable to the highest degree on social and environmental factors. For me, it's a privilege to operate on the same level as companies like The Body Shop, Innocent, Mindful Chef and Ella's Kitchen.'

It was through Godfroy's continuous efforts to simplify processes that lead to the creation of SunFresh's direct-to-consumer business, PiktFresh. 'The development took over a year, as our backend and customer functionality differ from other providers,' he says. 'Then when the pandemic forced consumers to switch to shopping online, we were lucky as Pikt was in the right place at the right time.'

For Godfroy, the fresh produce category has a collective responsibility to safeguard the future. 'The end customer expects transparency,' he says. 'We've done that by becoming B Corp-certified and signing the Better Business Act along with supporters of Prince Charles's Terra Carta. According to one retailer, the fact that SunFresh was the sole B Corp-certified fresh produce supplier in the UK showed that it was 'not a must' for the industry or customers at this time. It was sad to hear. It demonstrated a fundamental lack of understanding of the importance of transparency, why B Corp is high on the agenda at other retailers, and why it's gaining momentum with customers. Look at the popularity of recent film Don't Look Up about the absurdity of ignoring the crisis. We share a great responsibility to safeguard the future for everyone.'