Tru-Cape aims to cook up a storm 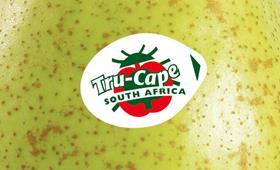 Tru-Cape has announced investment a new marketing campaign aimed at increasing the number of apples and pears purchased for cooking.

As part of the campaign, the leading South African exporter is sponsoring a television cooking programme, a cooking school scholarship and promoting apple and pear recipes.

Since September 2019, Tru-Cape has sponsored a team on an Afrikaans-language cooking school programme, Skole Kook. While this is the third year that the reality programme has aired, 2019 is the first time Tru-Cape was involved as a sponsor.

In addition to the television programme, the company commissioned food writer Jenny Kay, previously Angela Day in the Star newspaper, to develop new apple and pear recipes which Tru-Cape shared on its social media platforms as well as in the media atlarge.

Celebrity chef Jenny Morris, known as the Giggling Gourmet, also showcased Tru-Cape’s fruit in her restaurant Yumscious and on radio.

Conrad Fick, marketing director of Tru-Cape, said the company wanted to get consumers to expand their use of apples and pears.

“As the largest exporter of South African apples and pears, we know that South Africans, and the globe at large, love our fruit,” Fick said.

“However, we also know that most of our fruit is enjoyed fresh and we want to expand the use of apples and pears into cooked dishes too.”

Fick said the final part of the campaign was a sponsored search for the next generation of great cooks and chefs in 22 schools across the country.

“The winners will get a scholarship to the acclaimed Institute of Culinary Arts chef school as well as other sponsored prizes,” said Fick.