Turkish citrus back to competitiveness 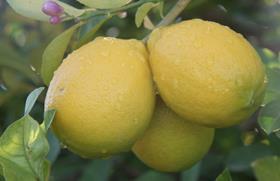 Perhaps nowhere in Europe has seen the effects of the climate crisis as keenly as in Turkey. The increasing unpredictability of climatic conditions has been evident in the country for more than a decade, with growers becoming fairly accustomed to the challenge of either drought or flood.

This year, it’s the widespread forest fires that have hogged the headlines, with massive areas near Antalya and Bodrum burning for weeks on end, and new fires brewing, not just in Turkey but across much of the Mediterranean.

“We’ve had something like 262 fires throughout the country so far this year,” says Ayşe özler, director of marketing and sales at Turkish citrus grower-exporter özler Ziraat. “It’s been a disaster. And it’s not just in a few areas. In our area of Adana, we also had fires, one of which we helped to put out before it reached our early fig plantation. It took 72 hours in total.”

The cause is believed to be the extremely hot and dry weather, turning large pine forests into tinderboxes, with high winds carrying the blazes far and wide.

“We have been experiencing climate change for the past ten years, including abnormal weather patterns,” says özler. “Every year we are facing a new scenario. Conditions are getting more and more extreme and unexpected. Four years ago, we had heavy rain, which caused floods in citrus areas. Now we are seeing the complete opposite, with a long period of drought.”

Turkey’s main citrus areas are blessed with two rivers for irrigation. However, özler anticipates issues over water availability in the future.

“This year, the citrus crop was unaffected by the heat wave because we had sufficient water for irrigation,” she says. “But the reality is there. Availability of water is decreasing, and in quite a short period of time, it’s going to become a problem.”

This season, at least, özler Ziraat’s lemons, mandarins, oranges and grapefruits are all looking good, in terms of volumes, sizes and quality.

“We are hoping to have a good season, with decent volumes going to Asia,” says özler. “In past years, the cost of our fruit has been higher, which reduced Turkey’s competitiveness a little in Asia. We’re hoping to get back to where we were before the last two difficult seasons. We lost the window to South Africa and Egypt due to high prices. This year, with our good crop, we’re hoping to be on the Asian market with more competitive prices.”