Government earmarks agriculture as top priority for the country’s development over the next 10 years, with particular focus on fresh produce exports to Britain 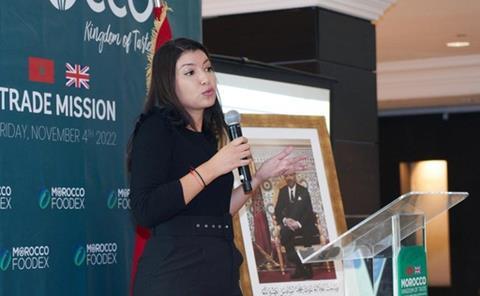 Morocco has ambitious plans to build on the rapid horticultural export growth it has enjoyed over the past few years.

This was the message from an event held by the Moroccan food exports agency Morocco Foodex at the InterContinental London Park Lane hotel on 4 November.

Morocco has seen its horticultural exports to the UK increase significantly in recent years, by 30-60% depending on the crop, with current exports to Britain now exceeding 200,000 tonnes a year, including around 60,000 tonnes of citrus.

The country’s horticultural exports globally amount to more than 2m tonnes, with citrus accounting for 600,000 tonnes of the total.

In addition, the North African nation has a 35% market share of the UK tomato sector.

Along with other areas such as energy, automobiles and the aviation sector, agriculture is seen as a top priority for the country’s development by the government over the next 10 years.

Agriculture is already of critical importance to the overall Moroccan economy, making up 14% of national GDP and 38% of employment, and this was one of the main messages from Morocco Foodex’s general manager Ghita El Ghorfi at the gathering in London.

The networking event was attended by a range of Moroccan companies and UK fresh produce businesses from across the supply chain, covering imports, distribution, infrastructural development, education and training, R&D, investment and agri-tech.

It was held at the end of a week in which a group of Moroccan producers and exporters visited existing and potential UK customers, incorporating a visit to New Covent Garden Market.

In the period straight after Brexit, Morocco managed to negotiate improved market access to the UK to the point that 34% of all Moroccan exports to the UK are now of fruits and vegetables.

The country’s fresh produce exports to Britain have increased by almost 90% in the last five years, comprising tomatoes, citrus, soft fruit and melons, as well as beans, cucumbers, peppers and courgettes.

The intention going forward to is boost exports of other crops to Britain, such as avocado, nuts and blueberries.

Beyond fresh produce, Morocco Foodex is also looking to boost exports of canned and frozen products, as well as seafood, olive oil, juices and nectars.

Morocco was one of the first countries to reach a new agreement with the UK in the post-Brexit period and is determined to take full advantage of the opportunities that this will bring.

The results of this improved access are clear to see and are not only the result of a better tariff position. They also revolve around a combination of the high-value product/export mix, investment in packhouse infrastructure and technology, competitive production costs, the development of a more sustainable approach to primary production, and the nature of the Moroccan seasonal supply period to the UK and other northern European markets.

Morocco Foodex has launched a new promotional campaign in the UK and EU to help boost exports, with the government encouraging the development of inward investment across the economy but not least in the agricultural and horticultural sectors.

The exports agency now has significant plans to lead the produce sector to greater efforts in the UK, as well as boosting inward and outward investment and encouraging UK companies to use Morocco as a gateway to the rest of the African market.

It also plans to open an office in the UK to compliment others in Belgium, France, Canada and Russia.

Meanwhile, the Moroccan fresh produce industry is investing heavily in the development of more sustainable production methods, with significant projects in areas such as advanced irrigation techniques and renewable energy schemes already in place.

The government’s so-called ‘Green Generation Strategy of 2020-2030’ focuses on the development of a new generation of highly trained and educated agri-sector entrepreneurs to drive exports forward and develop sustainable and more competitive value chains.

A number of UK-based produce businesses are already doing business with Moroccan suppliers and the expectation of Morocco Foodex is that this will only increase in the future.

A new shipping service between Portsmouth and Morocco will see transit times to the UK of just three days, with the capacity to service anywhere between 100 and 250 trucks per week.

John Giles is a divisional director with Promar International, the consulting arm of Genus plc and has worked on a range of fresh produce assignments in over 60 countries. He is also the current chair of the annual City Food & Drink Lecture.