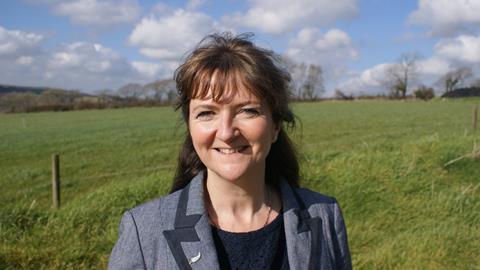 LEAF chief excutive Caroline Drummond has died after a short illness, the organisation has confirmed.

Chairman Philip Wynn said that Drummond passed away on the afternoon of Monday 23 May.

”Caroline was an inspiration, and it is her passion, determination, foresight and energy that has transformed LEAF from its small beginnings 30 years ago to the globally recognised and respected organisation it is today,” he said.

“There really are no words to express how much Caroline will be missed within LEAF and the farming industry; but most deeply by her family, to whom we extend our greatest sympathy.”

Drummond ran LEAF since its foundation in 1991 and was a passionate advocate of farming in harmony with nature, taking an active role in a wide range of industry partnerships and initiatives across the UK, Europe and worldwide.

She was awarded an MBE for services to sustainable agriculture in 2009 and held an honorary doctorate from Harper Adams University, honorary fellowship from the Royal Agricultural University, and Nuffield Scholarship.

Drummond received many awards in recognition of her lifetime’s work towards achieving sustainability and addressing climate change, including the RASE National Agriculture Award in 2018, Farmers Weekly Lifetime Achievement Award in 2019 and Women Economic Forum Global Award (Women of the Decade – Sustainable Agriculture) the same year.

In 2020, Drummond gave an interview to FPJ contributing editor Michael Barker in which she discussed her cancer fight and how good diets can contribute to national health.

In addition to her work at LEAF, Drummond helped out on the family-run dairy farm in Liskeard, Cornwall.

Professor Michael Lee, deputy vice-chancellor at Harper Adams University, said: “Our thoughts are with the family, friends and colleagues of Caroline Drummond MBE, whose loss will be felt across the whole farming community. Caroline was both a friendly face and positive driving force, advocating for both the development of more sustainable farming methods and the facilitation of greater connection and understanding between the food-buying public and agriculture.”

And vice-chancellor Professor Ken Sloan added: “As we approach our graduations this year, we will do so with a mixture of sadness and pride. Sadness at the tragic loss being felt by colleagues at LEAF and the agricultural sector at the loss of Dr Drummond. Pride at the university’s close association with her and the profound effect that she has had on the industries that our new graduates will join. May she rest in peace.”